An array of essentially the most acclaimed documentaries of the final 50 years bear the stamp of 1 singular expertise: Joan Churchill, filmmaker and cinematographer.

Her first credit score, in 1970, got here as a digicam operator on Gimme Shelter, the basic documentary concerning the Rolling Stones at Altamont directed by the Maysles Brothers and Charlotte Zwerin. She’s been capturing movies ever since, together with Jimi at Berkeley (1971); Chuck Berry: Hail! Hail! Rock ‘n’ Roll (1987); Kurt & Courtney (1998); Biggie & Tupac (2002); Shut Up & Sing, the 2006 doc concerning the Dixie Chicks, and the Oscar-nominated Last Days in Vietnam (2014).

She additionally co-directed plenty of award-winning movies together with her former husband Nick Broomfield, together with Soldier Girls (1981); Lily Tomlin (1986); Aileen: Life and Death of a Serial Killer (2003), and 2011’s Sarah Palin: You Betcha!

In honor of her profession in cinema, Churchill is being acknowledged with the Lifetime Achievement Award at DOC NYC, the nation’s largest all-documentary competition, which opens in the present day.

“I’m humbled,” Churchill says merely, including with amusing relating to such honors, “I blame Julia Reichert. I think she started the trend of recognizing OGs.”

Pressed additional about her emotions on receiving the award, Churchill deflects consideration onto the opposite Lifetime Achievement honoree at DOC NYC this 12 months: filmmaker Raoul Peck (I Am Not Your Negro).

“Thom [Powers, DOC NYC’s artistic director] called me out of the blue and when he mentioned Raoul Peck, that the two of us were going to be honored, I was just like, ‘Oh my God, it’s amazing.’ Just to be in the same sentence with this man,” Churchill tells Deadline. “I think he’s the most fabulous filmmaker, important, important artist.”

Churchill is an individual used to preserving the give attention to others, fairly actually.

Churchill tells Deadline her outlook is knowledgeable by her background in different disciplines inside movie.

“I started out as an editor,” she notes. “I’m thinking, while I’m shooting, am I getting everything I need to make this work? And making sure that I have a beginning and an end. Of course, the middle. I will shoot cutaways, but I make it as part of a continuous shot. So if somebody else is editing it they’ll be able to get the cutaway they need.”

On Thursday evening, DOC NYC will host a particular dialog between Churchill and one other famend documentary cinematographer and filmmaker, Kirsten Johnson (Cameraperson, Dick Johnson Is Dead). The competition can also be screening a brand new quick documentary directed by Churchill and Barker known as Shoot from the Heart, which options priceless moments with filmmaking legends Haskell Wexler, D.A. Pennebaker and Chris Hegedus.

Churchill and Barker had been longtime buddies with Wexler, the late two-time Oscar-winning DOP and director. They needed to make a movie about Wexler for years, however discovered him a really elusive topic.

“Haskell was not happy being [filmed] publicly… I was in despair of ever making a film he would let me shoot,” Churchill recollects, citing one instance of Wexler’s reticence. “He was getting ready to speak at Studs Terkel’s memorial… So he’s working on this speech and let me film it. I had just assumed I’d be able to go with him. And he was like, ‘Oh, no, no, no, you’re not coming.’ He wouldn’t let me go. And he was always saying, ‘Well, look, it’ll be filmed and you can use that.’ I’m saying, ‘No, that’s not vérité footage and the sound will be awful.’ [He would say], ‘Well, just subtitle it.’”

She provides, “We had to devise some way of filming him so that he would be comfortable. And that meant doing it in our living room or around our dinner table.”

One of these dinner desk conversations, which included Pennebaker and Hegedus (The War Room), turns into the centerpiece of Shoot from the Heart. Each participant elucidates their philosophy of documentary filmmaking, and interesting variations of opinion emerge.

Pennebaker (Penny, as he was identified), the seminal determine behind Dont Look Back and Monterey Pop, feedback, “I’m never trying to film ‘reality.’ That never occurs to me. I’m trying to film what I see happening in front of me. Reality—I don’t know what reality is, really.”

If one accepts that documentary filmmaking is a subjective observe (Barker says, “Cinema vérité style filmmaking is actually one of the most subjective styles of filmmaking”) then an argument might be made for Wexler’s method: If documentary is subjective, why not stage sure issues as long as it’s in service to getting at a elementary fact?

That’s not a viewpoint with which Barker and Churchill concur. 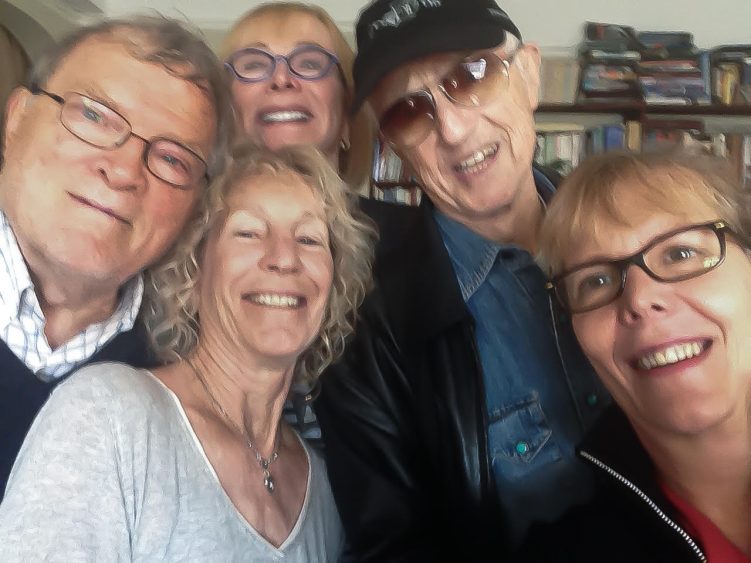 “We disagreed with Haskell strongly about how documentaries should be made,” Barker says. “He was game for any level of manipulation or faking things or staging things, which we are adamantly against. But it was never a source of friction between us.”

Barker and Churchill advocate for an method that doesn’t disguise the subjective nature of documentary. Vérité comes closest to that normal as a result of, with its single digicam perspective, the viewers implicitly understands they’re seeing the motion from one subjective viewpoint.

With cinema vérité, “You’re experiencing what’s taking place in front of you… And it’s not objective because human beings are not objective, objectivity doesn’t really exist,” Barker says. “[But] when you film in a more conventional sense with interviews and cutaways and broll and other camera angles, all of those things are basically hiding your subjectivity.”

He continues, “One of the things we are really annoyed by is these multi-camera interviews, with a side camera. Maybe there’s four or five cameras. It’s just a way of manipulating the information. It’s a way of providing the ability to cut content. They’re concealing the fact that they’re cutting the content. You can cut the content—but you don’t have to conceal it. If you just keep it from one camera and do a jump cut or a quick dissolve then you’re not trying to hide from the audience that you’re cutting the content.”

Churchill notes, “I find, if I’m really into what somebody being interviewed is saying and then suddenly there’s another angle, it takes me out of the power of what the person’s saying. I’m just like, ‘Oh, there’s another angle, that’s interesting. Look at that background.’ I’m distracted. I am a simple girl. I just want be able to pay attention to what the person is trying to tell me, and I don’t need all this adorning.” 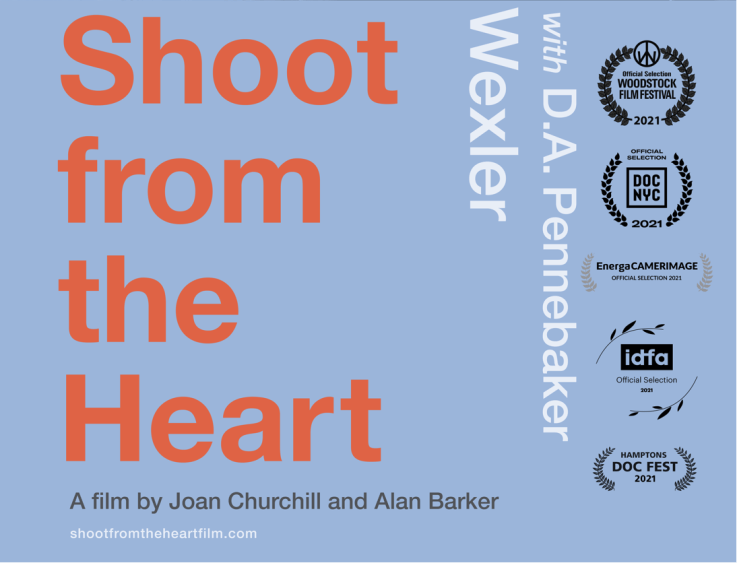 A dialog with Barker and Churchill usually facilities on issues of ethics in documentary observe and on foundational elements of the artwork kind, just like the very origin of the time period “cinema vérité.”

“It was simply a direct translation of the Russian ‘Kino Pravda’ from [director] Dziga Vertov,” Barker explains. “And what Vertov meant in ‘Kino Pravda’ was, it’s the truth as the camera sees it. It’s the camera’s truth. It’s not the truth. And that’s what the term cinema vérité was, just a direct and very unfortunate translation of ‘Kino Pravda.’ And so, ever since then the genre has been cursed with these endless discussions about whether it’s truth or not.”

A scrupulousness concerning the acceptable solution to shoot documentaries makes Barker and Churchill old style, or as Churchill put it, OG. There are different respects by which she sees herself as old style.

“Like this film that we’ve done about Haskell and Penny,” she says, “we never raised any money for it and we’re not beholden to anybody. I’ve never, ever–except for once, which was an unfortunate experience–been told how a film should be edited. I’ve always had the luxury of taking as much time as it takes to shoot and then to edit. That’s not the way people make films anymore… I am one of the last of the true independents.”

Cate Blanchett On The Relevance Of ‘Nightmare Alley’ And ‘Don’t Look Up’; Plus ‘Spider-Man’ For Best Picture Oscar? – Deadline